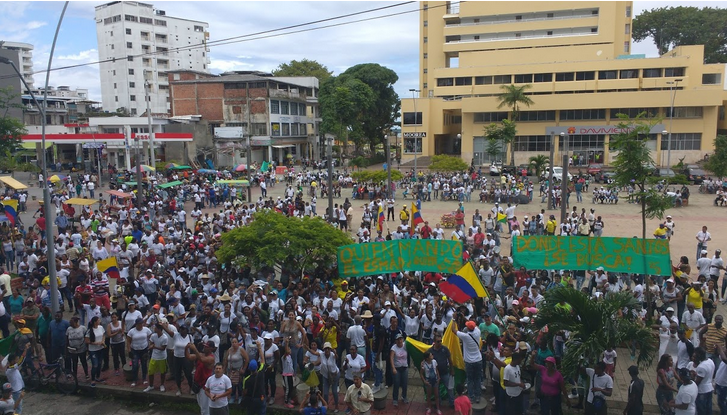 Buenaventura, Colombia’s largest port-side cities, generates US$2 billion in revenue for the Colombian State, yet over half the city doesn’t have access to drinking water. Furthermore,  unemployment is above 60%, it lacks a major hospital to serve its 400,000 residents, and illegal armed groups have been inflicting heinous violence on the civilian population for more than 20 years. In the face of total state abandonment, on March 16th the people of Buenaventura, 89% of who are black, declared a general strike.