Ongoing Crisis in the Naya River

May 16, 2018 | Displacement and Land Issues, Human Rights, Impunity and Justice, News, Our Partners 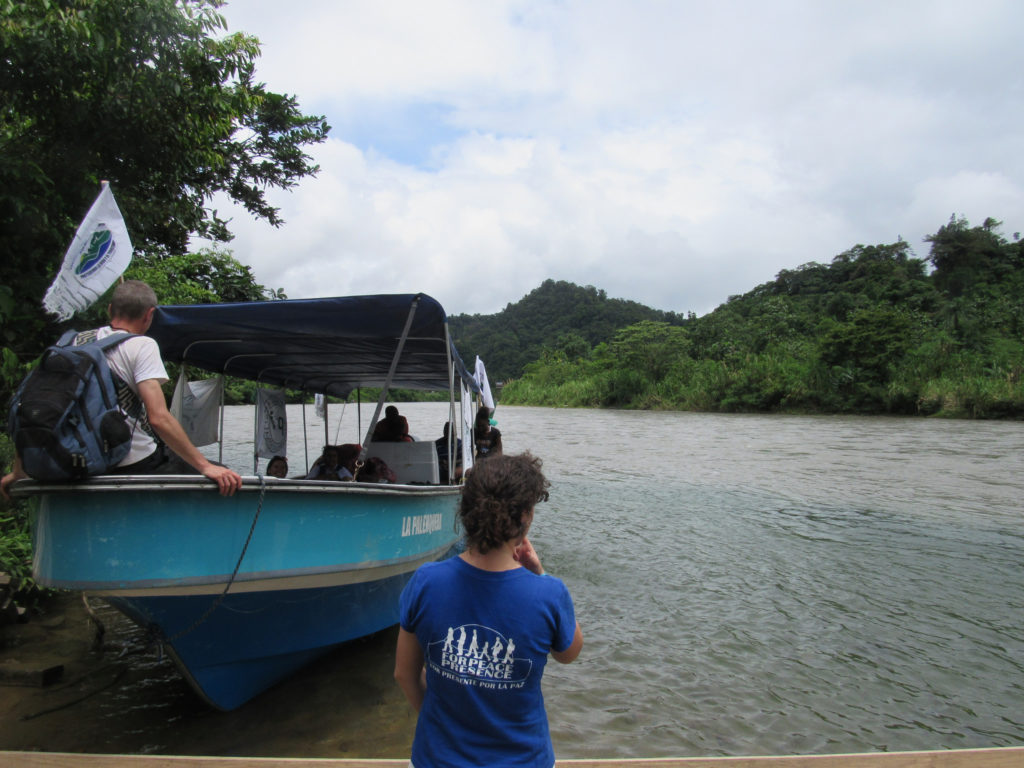 On May 11th and 12th, FORPP participated in a humanitarian mission to the Naya River, along with our partners the Intereclesial Commission of Peace and Justice and CONPAZ, as well as the other accompaniment organizations PBI and Witness for Peace. We went to observe the current threats faced by the communities along the Naya River.

The Community Council of the Naya River is facing an ongoing humanitarian crisis after the kidnapping of 4 of its leaders. On April 17th, 3 community leaders (Obdulio Angulo Zamora, Hermes Angulo Zamora, and Simeón Olave Angulo) were kidnapped by an illegal armed group. Two weeks later, according to a public communique from the Community Council, armed men came to the settlement of Juan Santos looking for Iver Angulo Zamora, the brother of one of the leaders who was kidnapped. In fear, many families displaced from the community. Then on the 5th of May, the armed group followed through on their threats against Iver Angulo Zamora, taking him hostage in the presence of representatives from the Human Rights Ombudsmen office.

During our accompaniment, I sensed the hesitation and fear from the residents to share what was happening. Occasionally I would look out to the bank to see curious eyes watching us. Many people seemed to avoid approaching. Given the current context and the recent kidnappings, it only makes sense that people are afraid to speak for what the repercussions could be.

The mouth of the Naya River feeds into the Pacific Ocean, just south of the port city of Buenaventura. Wooden houses on stilts are clustered along the banks, to a backdrop of lush green forest. The river serves as the public road for the 64 communities that live along it.

As much of the area does not have reliable cell service, word also travels by boat. While we rode along the four-hour route from the mouth of the river to the community we stayed in, the leader traveling with us would often ask to pause for a minute, so he could shout out the details of their upcoming assembly to people on the riverbank. We’d wait until they shouted back “sounds good!” and then would continue on our way. Most people work as farmers and fisherman, but the recent attacks have left civilians fearful to do their work.  The poor phone service only contributes further to the sense of isolation and insecurity.

Although there are a few indigenous reserves, most of the river is populated by AfroColombians, whose ancestors first settled in the region after buying their freedom or escaping from slavery.  The residents along the Naya have collective titles to their land, thanks to the Law 70 that protects AfroColombians’ and indigenous peoples’ communal ancestral rights to their territory. In recent years, the river has become a strategic drug trafficking route, placing the civilian population at constant risk for violence. The Intereclesial Commission of Peace and Justice supported them in the process to receive precautionary measures from the InterAmerican Court of Human Rights, which recognizes the authority of their community council and demands that armed actors, including the Colombian military, respect their boundaries and remain out of their homes and community spaces.

Leaders have demanded a thorough investigation and search for the four disappeared people, but results have been minimal. We will continue to monitor the tense situation on the Naya River.