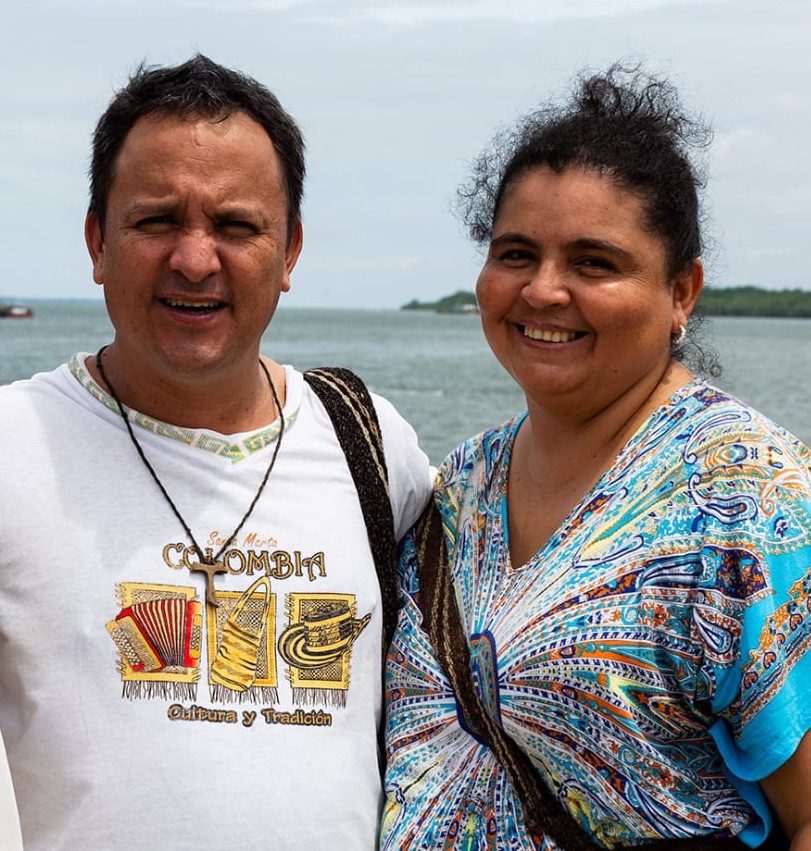 María Eugenia is from the outskirts of Popayán, in the department of Cauca. She studied ethno-education at the University of Cauca. Her family member was a victim of  an extrajudicial execution, which motivated her to get involved in peace-building work. She is a human rights defender and victim advocate.

She says:
“My work with communities began in the comunidades eclesiales de base (grassroots church communities) in the poor neighborhoods and rural areas around Popayán. Between 1991 and 2001, I was a volunteer with the Inter-Church Peace and Justice Commission, and was a member of the collective Human Rights, Life and Dignity of Popayán.

I’m part of the network CONPAZ, on behalf of which I was invited to Havana to participate in roundtable discussions for the proposals for victims and the inter-ethnic focus of the Peace Accords between the FARC and the Colombian government of then President Juan Manuel Santos.

Between 2001 and 2018, I accompanied Afro-Colombian, indigenous and small-scale farming communities who are victims of the social and armed conflict, and are building models of humanitarian protection in rural and urban areas in the departments of Chocó, Antioquia, Valle del Cauca and Meta.

FOR Peace Presence is an organization with whom I can continue to support peace-building in the territories of Colombia, accompanying communities and strengthening their protection and non-violent action.”