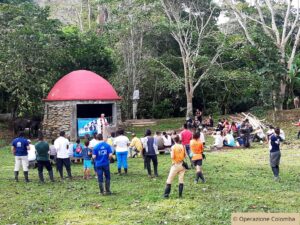 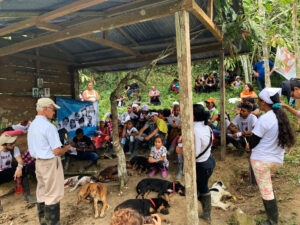 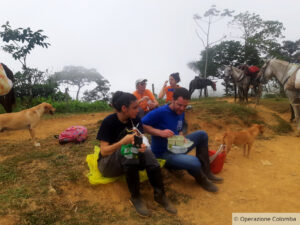 (Repost from IFOR-Austria)
(Español Aquí)
Once again FOR joined the Peace Community of San Jose de Apartadó, Colombia, in their commemoration of February 21.
On February 21, 2005 people were killed, including 3 children and community leader Luis Eduardo Guerra. This massacre was coordinated between paramilitaries and the Colombian Army’s XVII Brigade. A few days before his murder, Luis Eduardo Guerra said in an interview: ′′Our resistance is against the state, let’s be clear, but an unarmed resistance is civil resistance. It is defending our own constitution. It is telling the state: it’s you that is violating the Constitution, what we are legitimizing is the state not attacking the state. Our project continues, we don’t know until when.” 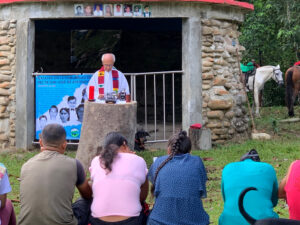 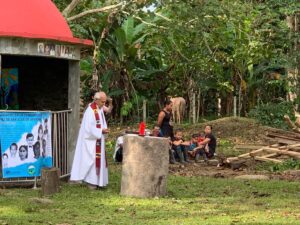 The project continues. Denouncing injustices, as Luis Eduardo Guerra did, is an essential element of the current resistance, which is nourished by the Peace Community’s own experiences and is kept alive through exercising memory. In its public statements, the Peace Community denounces violations of fundamental rights by paramilitary groups, the State and its armed forces, including the XVII Brigade, against the people of San José de Apartadó. 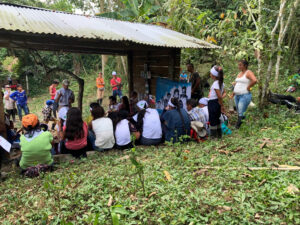 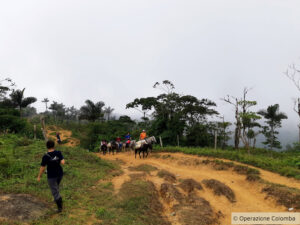