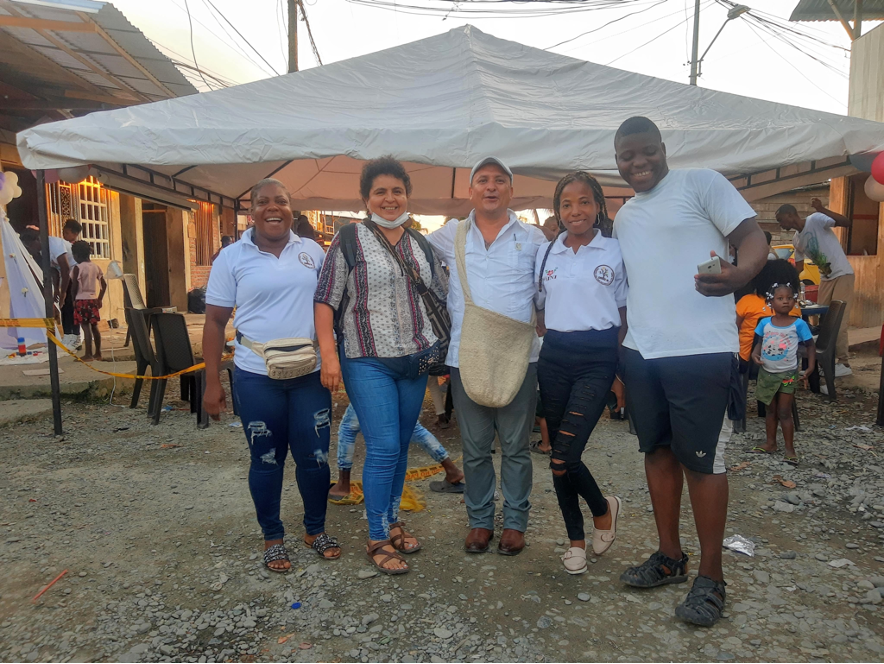 Between April 12 and 19, the month of memory and solidarity with victims in Colombia, the FORPP team participated and accompanied acts of dignity and memory, including the delivery of a report to the Integral System of Truth, Justice, Reconciliation and No-Repetition (SIVJRNR) and training workshops on collective protection within the framework of the Buenaventura Civic Strike Agreement. 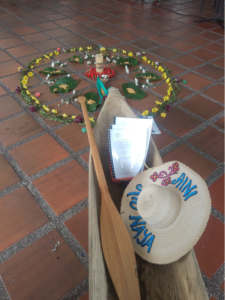 Within the framework of Law 1448, the Victims and Land Restitution Law of 2011, April 9th was declared a national day of memory and solidarity with victims, commemorating the genocide of the Gaitanista movement, the crime against Jorge Eliécer Gaitán in 1948 and the millions of victims left by the armed conflict and socio-political violence in Colombia. 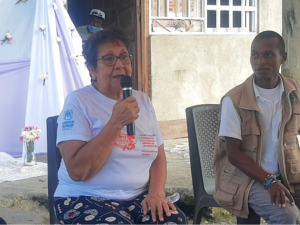 In recent history, in territories such as Trujillo and Buenaventura, the reconciliation processes led by survivors and relatives of the victims create and sustain memory and dignify the lives of victims. In Trujillo, they recognize and honor the campesinos massacred and disappeared in April 1990, crimes committed by narco-paramilitary structures and public forces. In the Afro-Colombian territory of the Naya River, they commemorate and dignify the memory and resistance to the paramilitary incursion of April 2001, where Juana Bautista Angulo Hinestroza was tortured, abused and murdered. In the Punta del Este neighborhood in Buenaventura, they commemorate the massacre of the 12 young soccer players at the hands of paramilitaries perpetrated on April 19, 2005. Finally, in the Puente Nayero Humanitarian Space, they commemorate and celebrate 7 years since the declaration of this area gained from the sea as a territory for the protection of lives, an exclusive territory for the civilian population that non-violently resists the paramilitary drug control that has been imposed on the city for 2 decades. 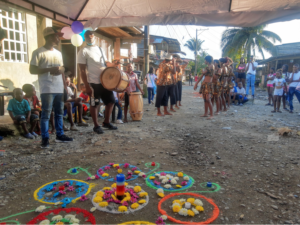 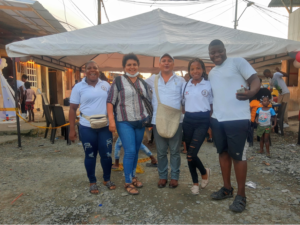 In this framework of commemoration, memory and resistance, the institutions that make up the Integral System of Truth, Justice, Reconciliation and No-Repetition — the Truth Comission (CEV), the Special Jurisdiction for Peace (JEP), and the Search Unit for Persons taken to be Disappeared (UBPD) —  called for a commitment to search for the more than 1,000 disappeared in Buenaventura during the years of the armed conflict. Additionally, they received the report from the association of AINI women from the Naya River Community Council, entitled “Rowing for Memory” (Bogando por la memoria) on the damage caused by the conflict in this collective territory and especially on the irreversible damage caused by the forced disappearance of Afro-Nayeros.

Similarly, as the FORPP team in Colombia, we participated in the workshops on collective protection as part of the obligation of the Colombian State to implement within the framework of Decree 2078 of 2017 and in compliance with the Civic Strike Agreement signed by the people of Buenaventura with the national government in the year 2017, responsibility that falls on the National Protection Unit (UNP) and the Ministry of the Interior, an agreement that must be followed up on by the Committee of Access to Justice, Victims, Protection and Memory, of which includes the Community Council La Esperanza and the CONPAZCOL association.

We also participated in a meeting and context analysis with the ethnic authorities of the Naya River Community Council, due to the humanitarian and social crisis they are suffering in silence in the context of terror imposed by the successor structures of paramilitarism, the armed conflict with the ELN guerrillas and the militarization of the territory. This has caused increasing cases of disappeared people, recruited children and adolescents, threats to leaders, displacement and forced confinement.

With the La Esperanza Community Council, we held a meeting with men and women leaders and their board of directors, in which they shared their concern about the continuity of environmental effects in the collective territory, the increase in the purchase and sale of land protected by Law 70 and the non-compliance with the precautionary measure of 2017.

Finally, on April 22, we participated in the delivery of the report of the National Ethnic Coordination of Peace (CENPAZ). 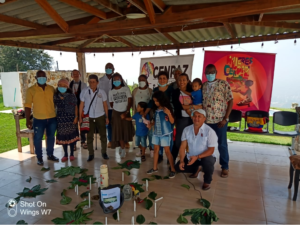