“Many of us dream of being able to celebrate Christmas with our families. Huber was not granted this wish and we stand in solidarity with his family despite tempts to silence us”.
(Peace Community of San José de Apartadó community member, reflecting upon the ‘March for Life’)

(Make sure English subtitles are on)

Risks for Human Rights Defenders have not decreased in Colombia

According to the latest report from Indepaz, 171 social leaders have been killed in Colombia in 2021. Although less than last year, defenders of human rights are still being killed at an alarming rate. Despite the peace agreement between the former FARC-EP rebels and the Colombian government in 2016, there has been a shocking increase in the number of massacres. 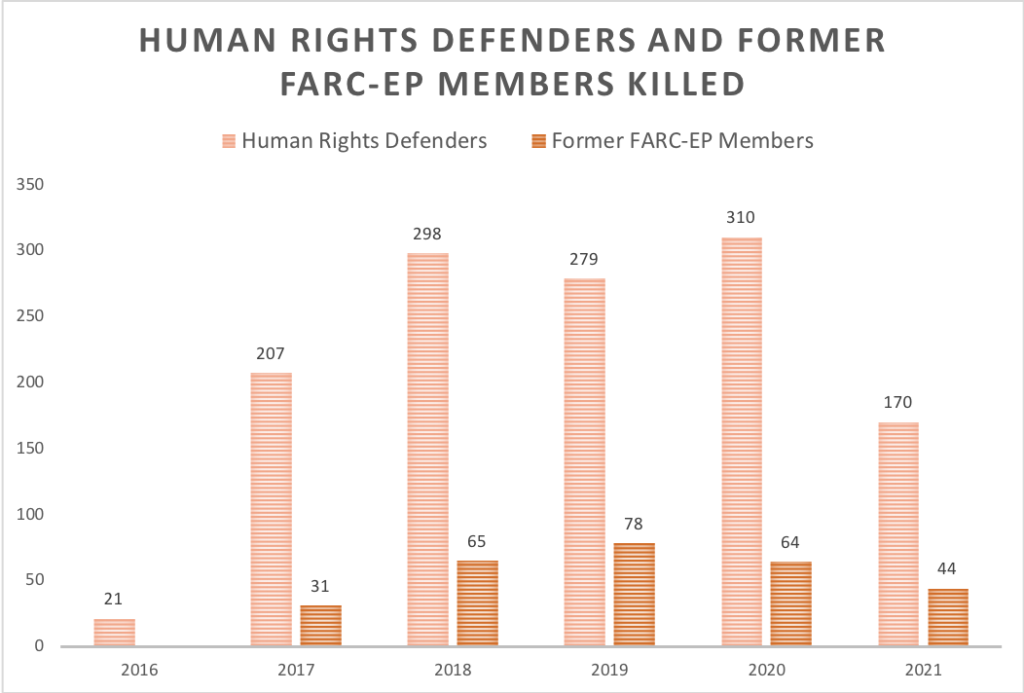 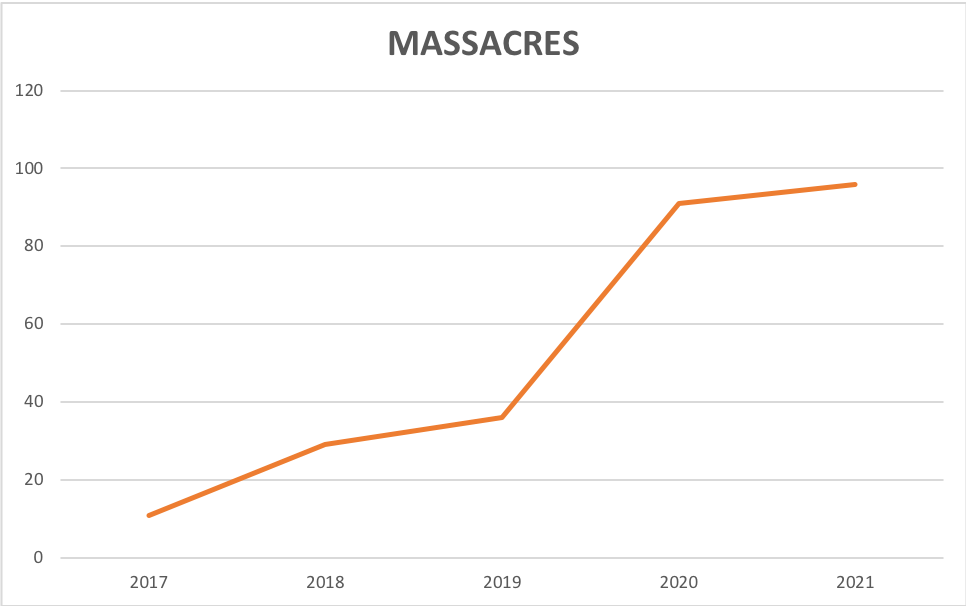 Massacres between 2017 and 2021. Definition of massacre: Intentional and simultaneous homicide of several persons (3 or more) protected by the International Humanitarian Law, in a state of defenselessness, and in equal circumstances of time, manner and place. (Source: Indepaz and OACNUDH)

It was mistakenly assumed that the peace agreement would make tragedies like massacres become a thing of the past. Instead, different armed groups are taking advantage of the situation to expand their territorial and social control. The ELN (National Liberation Army) guerrilla group, dissident groups belonging to the extinct FARC-EP, and neoparamilitary groups are filling the power vacuum left behind by the former FARC-EP. Rather than peace being restored, the conflict has merely transformed. From what was once a conflict fought on just one or two fronts, an unfathomably complex and continually evolving dynamic between a wide variety of opposing groups has instead emerged, thereby putting long-term, sustainable peace out of the question. This development means that the threats now faced by human rights defenders have become more diverse in nature. 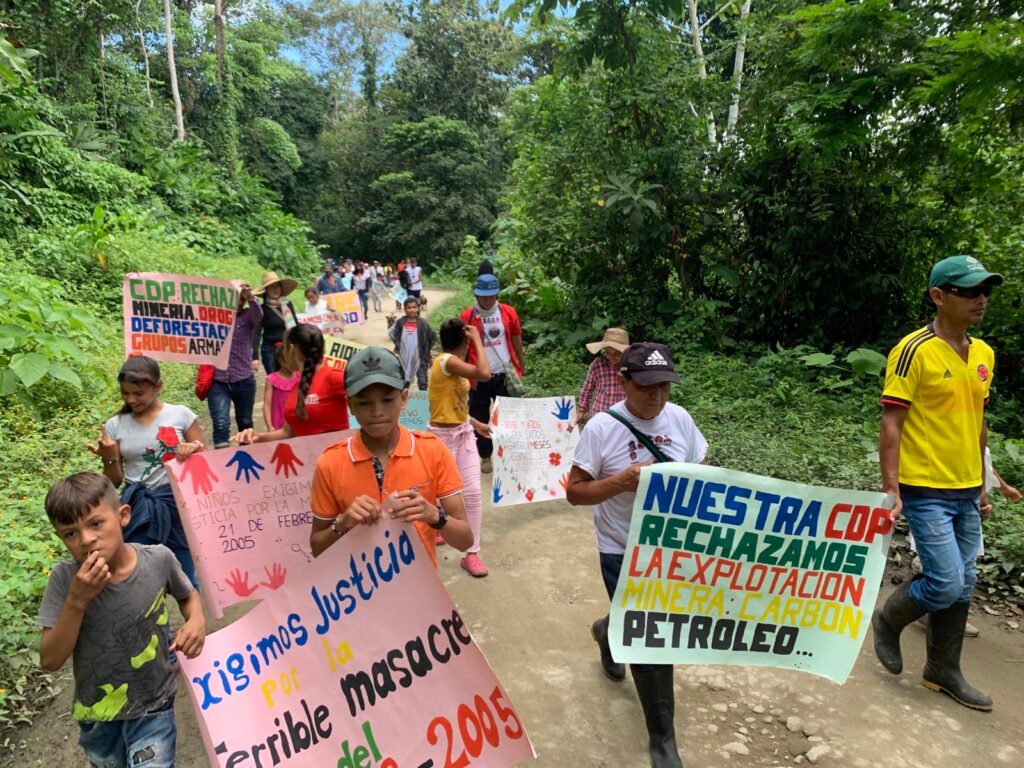 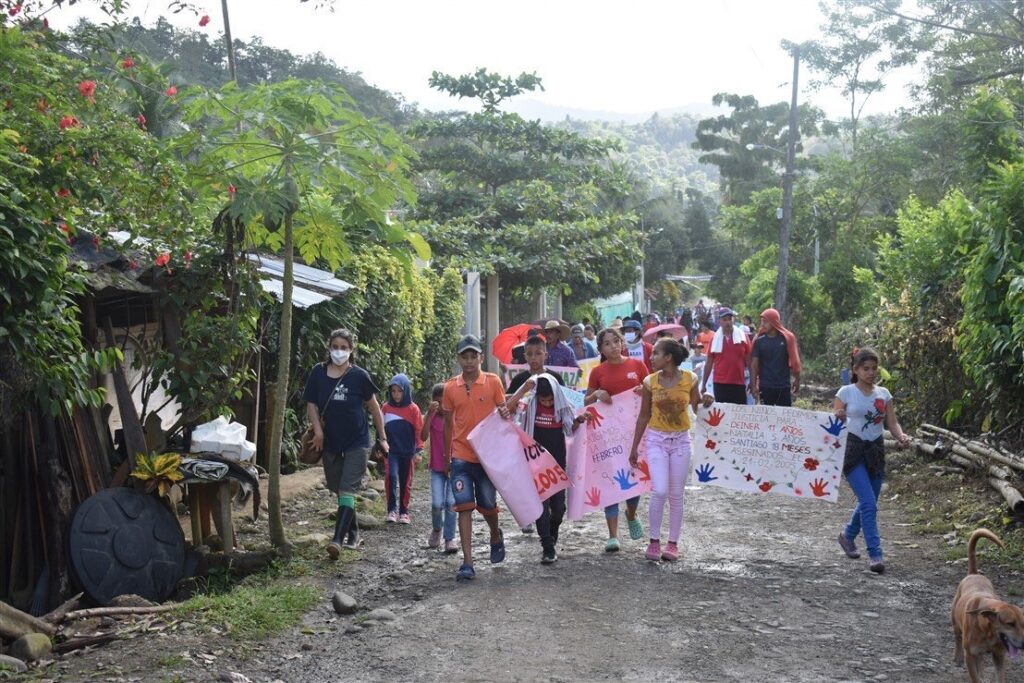 The Peace Community during the “March for Life” and in rejection of the murder of Huber Velásquez.

The department of Antioquia recorded the second highest number of human rights defenders killed in the country in 2021, with a total of 23 cases. In Antioquia, and specifically in the sub-region of Urabá in northwestern Colombia, where San José de Apartadó is located, the Peace Community of San Jose de Apartadó is one of the few communities that still dares to not only oppose the “law of silence” imposed by illegal actors, but also all other orders of the predominant illegal armed group in the region, the self-proclaimed AGC (Gaitanist Self-Defense Forces). For 25 years, the Peace Community, a community of peasants that declared itself neutral in the conflict as a measure of self-protection, has tried to oppose displacement and oppression with nonviolent collective protection measures such as international accompaniment provided by FOR Peace Presence, in order to denounce crimes such as the murder of Huber Velásquez. Nevertheless, over 300 members of the Peace Community have already been killed since its foundation. 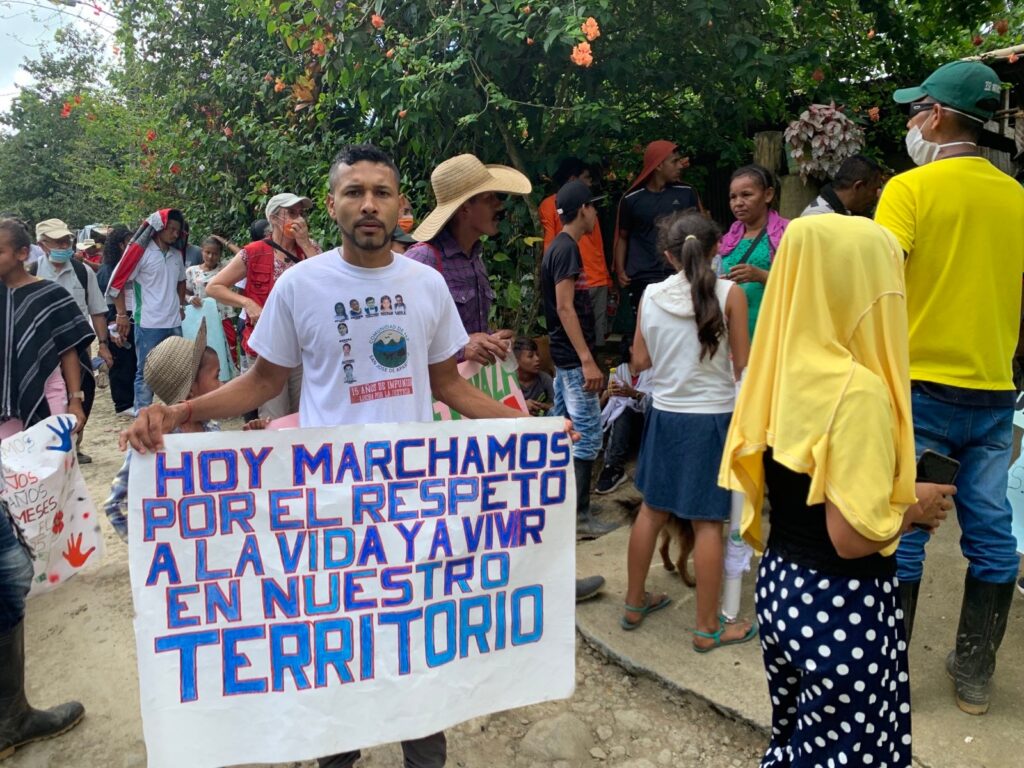 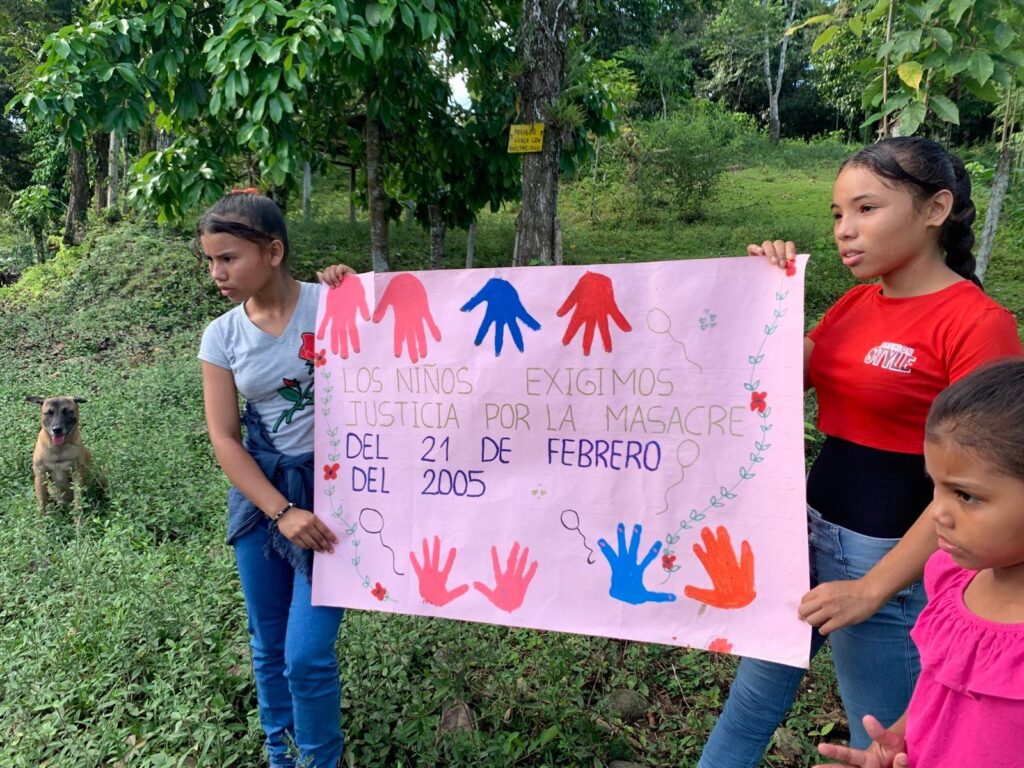 The Peace Community with several posters stating: “Today we march for the respect for life and our territory” and “The children demand justice for the massacre or the 21st of February 2005”.