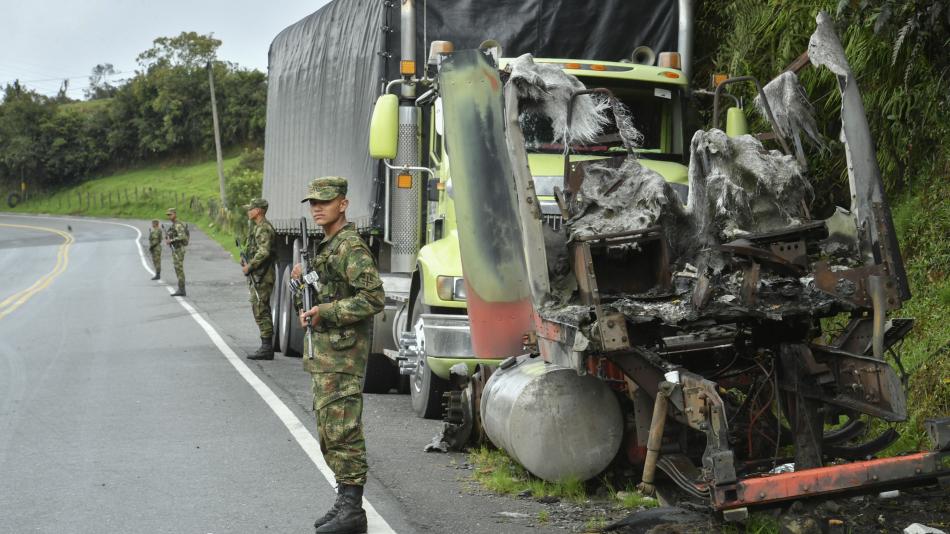 During the “armed strike”, the AGC burned several trucks, buses and cars that did not comply with the curfew. (Source: El Tiempo)

A penetrating ringing interrupts the tropical heat in Northern Colombia as an ice cream vendor slowly approaches. He moves through the city with his vendor’s tray and puts a smile on many faces, others are annoyed by the ringing. Last week was different. At least the short-term relief of hearing the ringing has been great for the most. After four days of a de facto 24 hour curfew imposed by the armed group AGC in Northern Colombia, the return of the ice cream vendor to the streets confirmed its end.

On May 4th 2022, Dairo Antonio Usuga, alias “Otoniel” was extradited to the USA. He is considered to have been the biggest drug lord in Colombia since Pablo Escobar, and he has been the head of the paramilitary group AGC (Autodefensas de Gaitanistas de Colombia or Clan de Golfo) for many years.

As a response to the extradition, as the AGC communicates, they declared a four day armed strike in Northern Colombia, which started on the 5th of May. 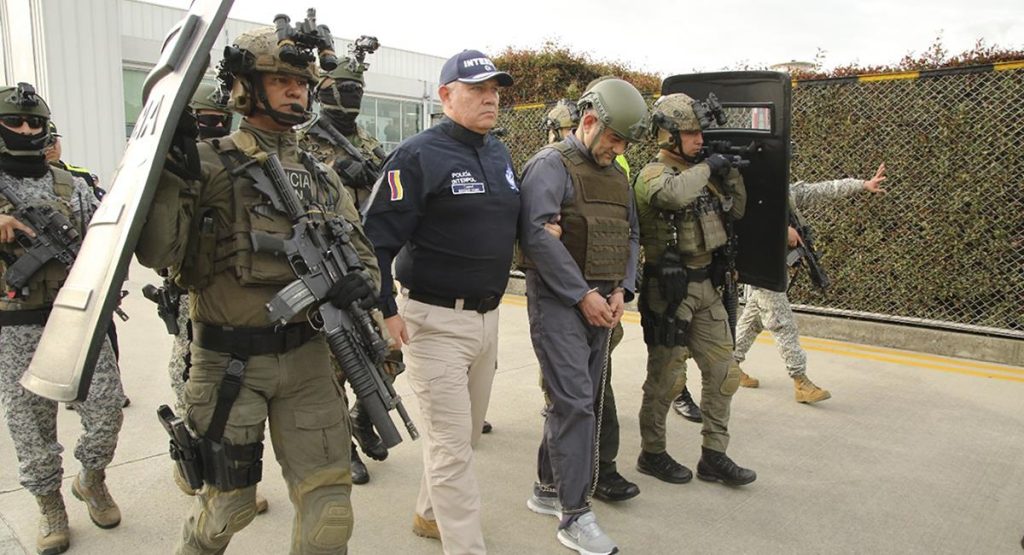 Otoniels extradition is criticized by many human rights organization, since it prevents truth will be revealed. Recently, Otoniel stated that he was willing to talk about the links between businessmen, politicians and his illegal armed group. (Source: wradio)

The consequences have been devastating. More than a million people in urban and rural areas were ordered to stay in their homes. Traffic was paralyzed, schools stayed closed. On social media, videos circulated of people being beaten for venturing out onto the streets. Countless vehicles were burnt, several people got killed, and houses were sprayed with the group’s insignia.

“Bogota will cheer and in the regions they will cry” was a common slogan among students of Northern Colombia about the possible extradition of Otoniel to the US. Up to now, the numbers of the four-day strike are as follows: More than 187 vehicles were burned, over 100 in Antioquia alone. 119 districts were affected, many of which were without gas in their homes for days. Over 10 police stations were attacked and it is believed that at least seven violent deaths were directly linked to the armed strike.

The last day that almost all of Northern Colombia spent under house arrest was Mother’s Day. Usually quite noisy and merry, the day was disconcertingly quiet.

How could this happen? For years, human rights defenders, the Colombian Ombudsman’s Office and national and international non-governmental organizations have been reporting the strengthening of the paramilitary group AGC. It is estimated that it has 1000 core members and around 4000 people in subordinate structures. In addition, the civilian population is penetrated by a tight network of informers, or spies, in several departments in Northwestern Colombia. Years of targeted killings of human rights defenders, environmentalists and a lack of investigation of these crimes have installed a law of silence that is only broken by very few organizations and individuals.

In addition, in the first three months of this year, the murder rate has increased by 10% compared to last year. In the core region of influence of the AGC, Antioquia, the murder rate continued to skyrocket in April. In particular around the Gulf of Urabá, the home of Otoniel, people have repeatedly been ordered onto the main roads and killed there. Their bodies lay visible on the roadside, often for hours. While the pictures circulated in the social media, not much was reported about the background and possible perpetrators.

The proclamation of the armed strike thus fell on fertile ground, fear. An embedding of society with functioning civil state services could reduce this fear and thus the effectiveness of such terror strategies. The “absence of the civil state” as a social actor, however, has been denounced by human rights organizations for years. Thus, within a few hours, entire cities stood still. No one dared to leave their home. Entire bus caravans with banana field workers turned back. In Apartadó, the almost inherent noise of the banana-field fumigation jets was “missing”. Apartadó is situated in the biggest agroindustrial banana growing region of Colombia.

There were also no sirens of emergency vehicles, or police cars or alike. There were reports of military and police being absent during the strike, especially during the first few days of the strike, although they had been present in several towns in the preceding weeks. In the region around the Gulf of Urabá, the absence of the mayors was criticized on social media, while the mayors of the east of Antioquia appealed to both the president and the United Nations High Commission for urgent help. Many of them are themselves threatened.

After four days of silence, the banana-spraying planes started whirring again over the region around the Gulf of Urabá and the ice-cream vendor was ringing in the streets. Hesitantly, the traffic started increasing again. A few days after the strike, many shops were still waiting for supplies and vegetable shelves were still empty. The armed forces started escorting caravans on the main traffic routes. An attack on one of these caravans killed one policeman, one soldier and four other security personnel. There are still two weeks to go before the first round of the presidential elections. The armed strike showed who wields power in Northern Colombia, perhaps not independently of, but beyond the elections. It also showed that despite persistent rumors of fragmentation within the AGC, they are still a powerful organization that can act in a coordinated way.