Accompanying a villager to fetch water.

Pinning a banner to show our presence

Strengthening community and advocating for justice.

Humanitarian Crisis in the Pacific Region

For the last six months, the humanitarian crisis has been worsening in the native and ancestral collective territories of the lower San Juan basin, as a result of the incursion, control and permanence of the neo-paramilitary group Gaitanist Self-Defense Forces (AGC) and the armed confrontation with the guerrilla group of the National Liberation Army (ELN). Afro-Colombian and indigenous communities are subjected to economic blockades, confinements, forced displacements, murder and disappearance of their inhabitants. Many of them fled to the city of Buenaventura, the biggest and most important port of Colombia, where they resist in temporal shelters that often lack basic conditions. 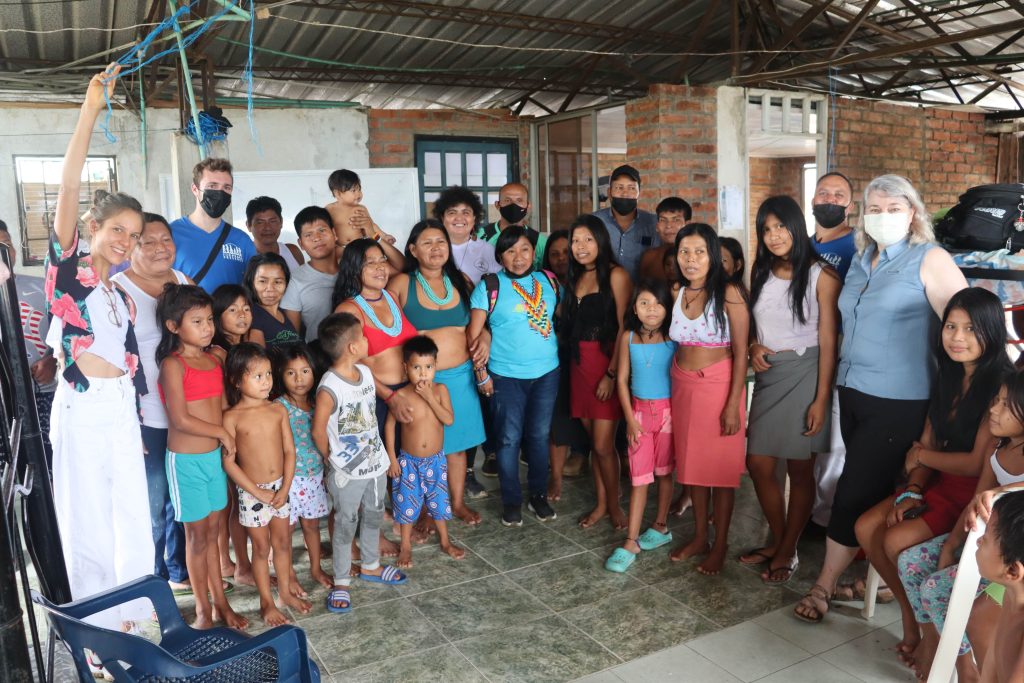 Together with the Canadian Embassy we visited a temporary shelter in Buenaventura, where the indigenous community of Santa Rosa de Guayacán keeps resisting after its forced displacement in November 2021.

The lower San Juan basin is located in the south of the department of Chocó at the Pacific coast and borders with the lower Calima basin in the municipality of Buenaventura, Department of Valle del Cauca. This is not the first time that its inhabitants have been forcibly displaced or confined. The region has always been abandoned by the Colombian state, a vacuum that illegal armed groups such as the ELN guerrilla and now the AGC have taken advantage of. But this time, the crisis is especially harsh. During the past years, the indigenous community of Valledupar has withstood all the crises and confinements in the lower San Juan basin. This time they had no choice but to seek refuge in the city of Buenaventura.

Since the humanitarian crisis began, almost 2.500 people have been displaced from the lower San Juan basin to the city of Buenaventura, many others remain confined in their communities. The last displacement occurred on May 2, when the inhabitants of the communities of Isla de Mono, El Choncho and García Gómez fled their territories. In addition, on April 22, ELN guerrilla members intercepted a public service boat and released the passengers only the day after, fortunately unharmed. The armed confrontations between the ELN guerrilla and the AGC during the month of May and the checkpoints imposed by these illegal structures could generate the total displacement of the families that still resist  in their territory. 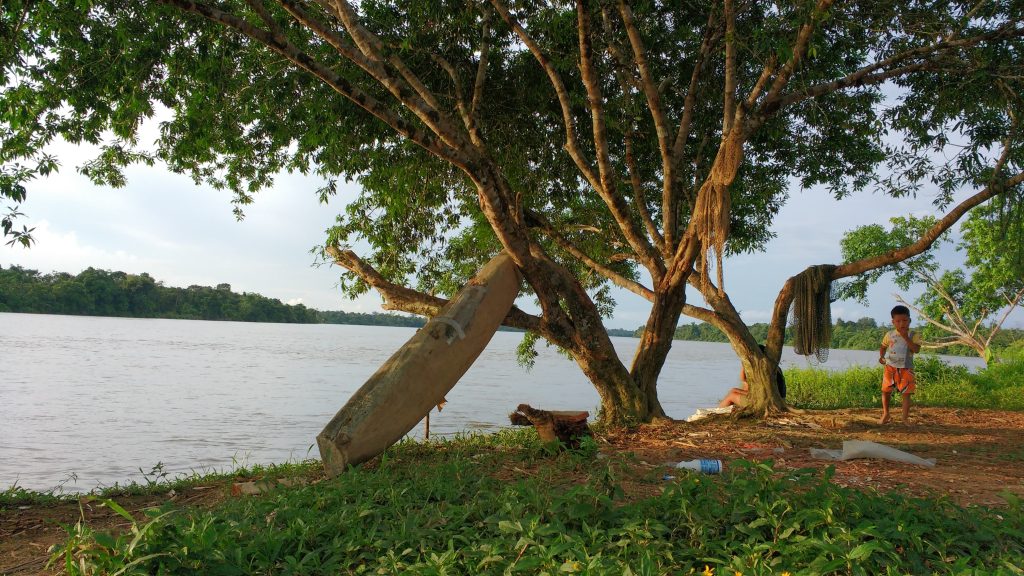 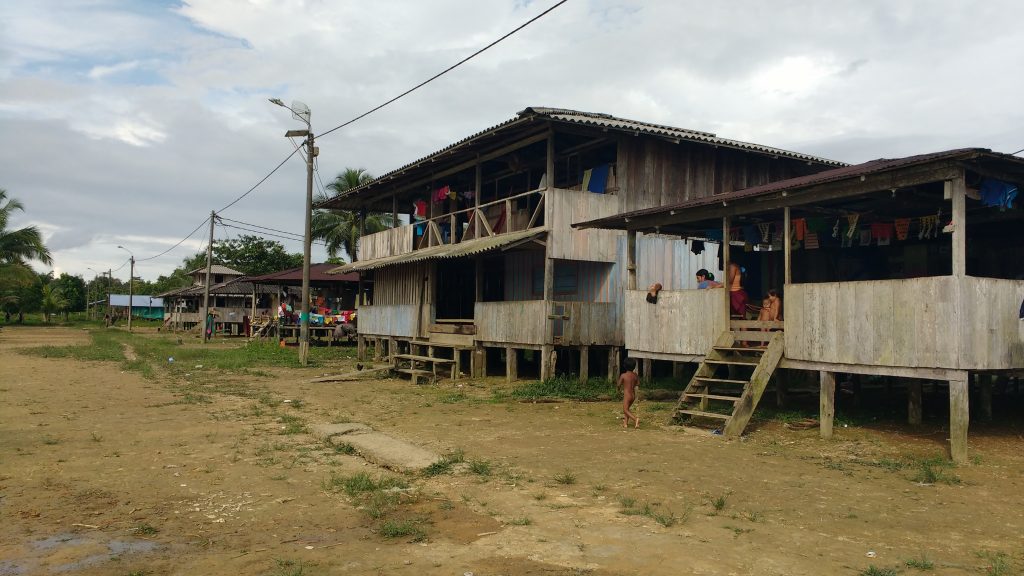 Despite the strong presence of the Colombian army in the Bajo San Juan and the neighboring territory of Buenaventura, checkpoints by the illegal groups remain in several sectors of the basin and in 6 months of permanence and control, the actions of the AGC have not affected in any way the business and economic activity of the international port of Buenaventura, nor has there been any known combat with the state security forces, while the territorial dispossession for port expansion and extractivism imposed by the current development model is consolidated.