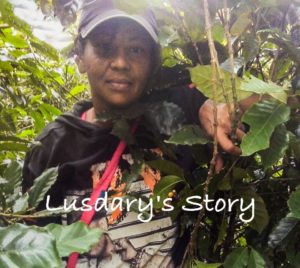 The new year will be full of new challenges as Lusdary adjusts to a completely new part of the country, and to the demands of a new type of crop. The majority of families from Tamarindo are still waiting to be granted new lands to cultivate, and it is unlikely that the entire community will be resettled in the same area. Nevertheless, FORPP will continue to accompany ASOTRACAMPO in its push for resettlement rights. Lusdary is hopeful that her former neighbors will one day soon be able to reap the fruits of what they were unable to sow in Tamarindo.