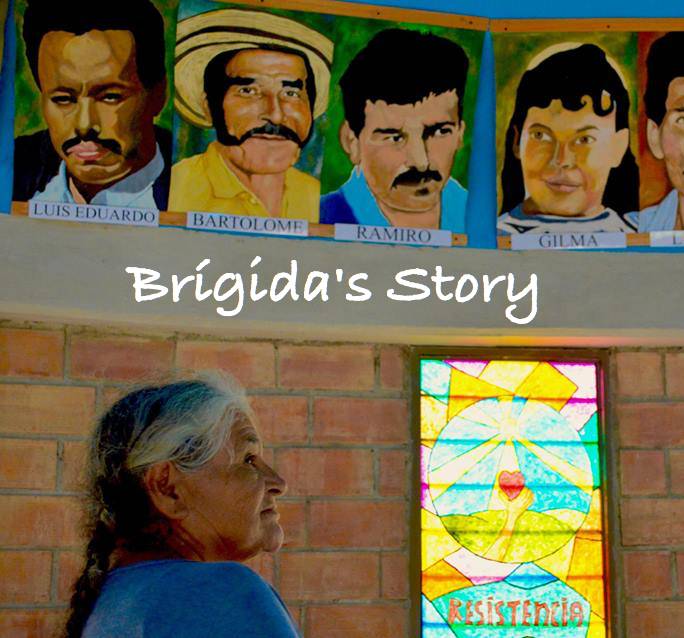 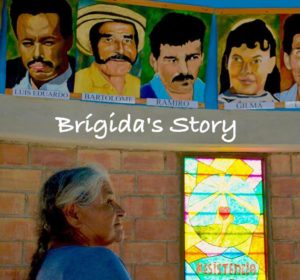 Brígida, a founding member of the Peace Community of San José Apartadó, Brígida has been building peace for over 25 years. One can almost always find her busy with her hands: creating artwork, sewing, or working in her garden. As a painter, her works recall the Community members lost in the conflict at the hands of armed groups. She was inspired to paint the experiences of the Peace Community after returning home from a visit to the United States, where she saw a picture entitled “The Meaning of Torture”, which reflected on what the artist had seen and experienced. So she began to paint the history of the Community.

“Let’s not let the light go out”

Despite the recent peace agreements, the Peace Community of San José de Apartadó continues to face threats from armed neoparamilitary groups, as well as other stigmatizing comments. The hundreds of crimes and human rights violations against them are still in impunity. Brígida makes it clear that much work remains to be done to achieve peace, and believes that the international community plays an important role.

Brígida´s hope for the New Year is for unity: a year of reflection, solidarity, and working together. She believes that people are capable of building peace when they come together to help others in need. She stresses the importance of community and belonging, and hopes to see international accompaniment become stronger and grow, not only for the Peace Community but for other communities throughout Colombia that continue to face threats and violence in their quest for peace.