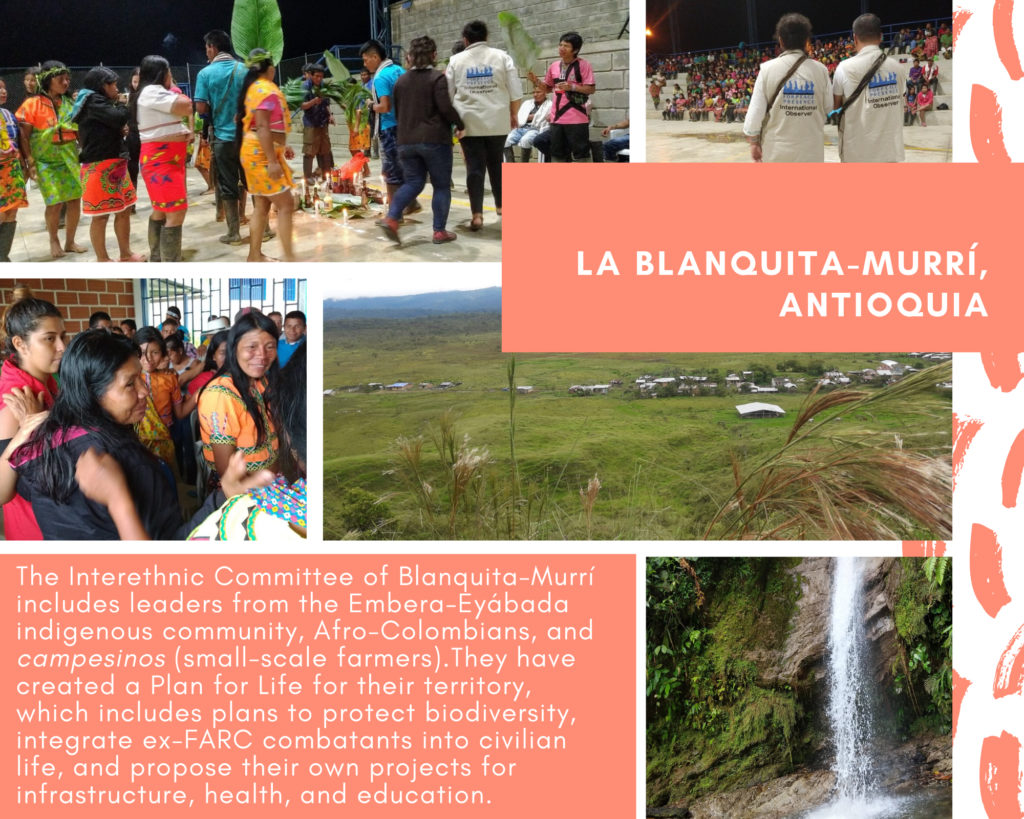 The valley of Blanquita-Murrí, Frontino, Antioquia  is about a four hour jeep ride from Medellín. Wide forests and grasslands surrounded the main settlement of the high mountain plain, which is the hub for the various communities which populate this rural district. The total population of about 8500 people includes: thirty indigenous communities grouped into seven reserves of the Embera Eyábada nation, seven Afro-Colombian communities who share a collective land title, and seven campesino (small-scale farming) communities. Throughout these communities, over seventy ex-combatants of the FARC have settled in Blanquita-Murrí since the signing of the Peace Accords between the FARC-EP and the government in 2016.

The Interethnic Committee for the Construction of Peace includes leaders from these different communities, and is an initiative to strengthen interconnectedness and construct peace. They have met regularly since November of 2018. Lately, its members have been working on a “plan de vida” (plan for life). As a form of community empowerment, this process includes a characterization of the population and the territory so that they can design their own projects for infrastructure, education, and health care and alike. This demonstrates the kind of long term planning which is considered an essential part of the authentic construction of peace.