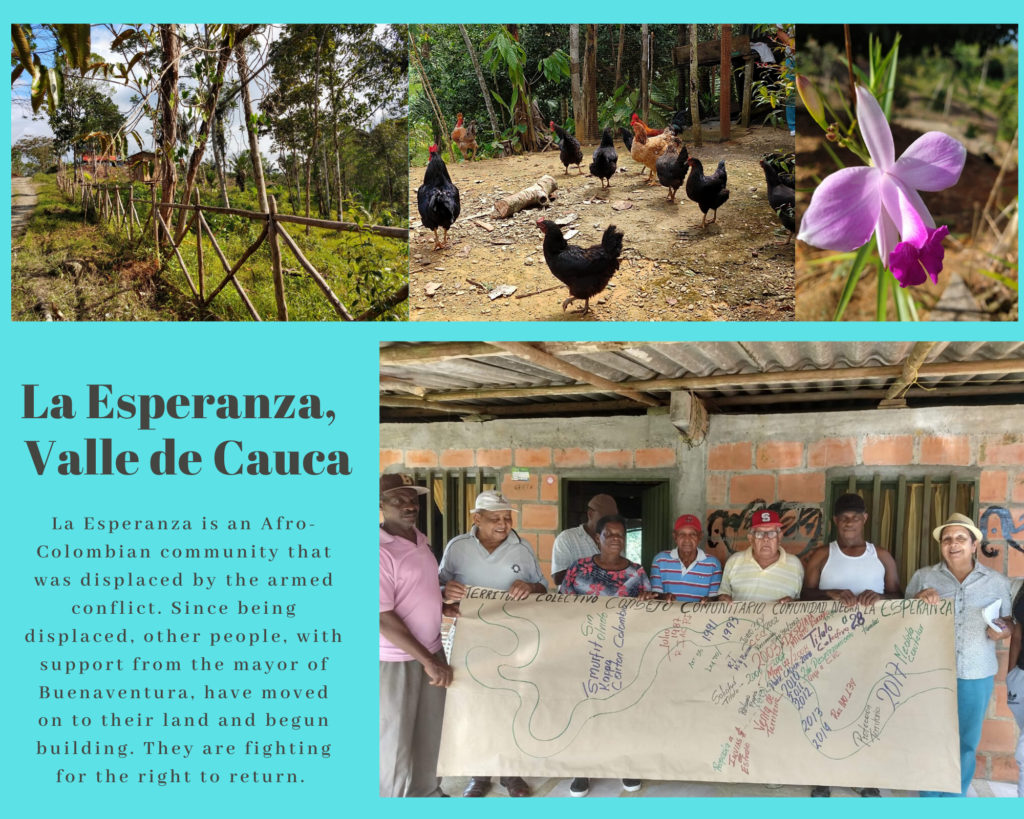 The community of La Esperanza cannot imagine peace without the return of their lands. A rural Afro-Colombian community, they were displaced to the city of Buenaventura by paramilitaries in 2003. Although they had collective title to their land under the Law 70, which protects the ancestral lands of Afro-Colombians, as well as provisional protective measures for their lang rights from the departmental court in Cali, their land has been parceled off and sold. Florenina, a community leader, emphasizes the damage that had been done to their land since they were displaced. She says that, “True peace for me is defined as when people can return to their lands, when they are given reparations, beginning with the land because the territory is very damaged.”